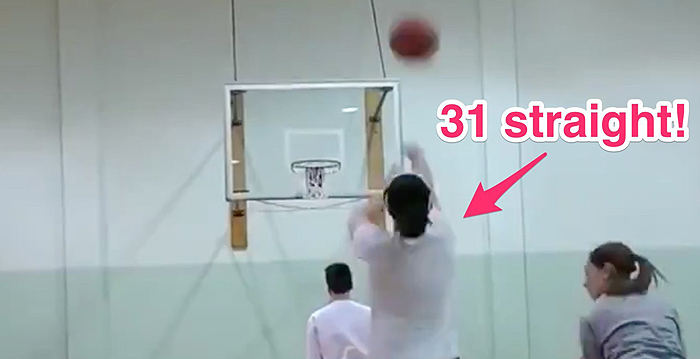 The NBA has gone through a three-point revolution in recent years, with teams shooting from beyond the arc at a rate never seen before in the history of the sport.

While the likes of Stephen Curry, Klay Thompson, and James Harden have jumped to the top of lists tracking the most three-pointers hit during an NBA season, they all fall short of Anthony Miracola.

Miracola is not an NBA player, but he is now in line to hold a Guinness World Record after sinking 31 consecutive NBA three-pointers in a minute. Continue reading here